We (Stephen Dunn, included) created concept designs and mock ups of what we would build. From those designs we were able to judge what the outcome should look like. Then we painstakingly soldered together all the LEDs into a wire-frame; a few LEDs blew along the way, which was annoying because they had to be detached and replaced. With that built, we placed it onto a laser-cut plinth of Devon (Are names are engraved onto the platform). 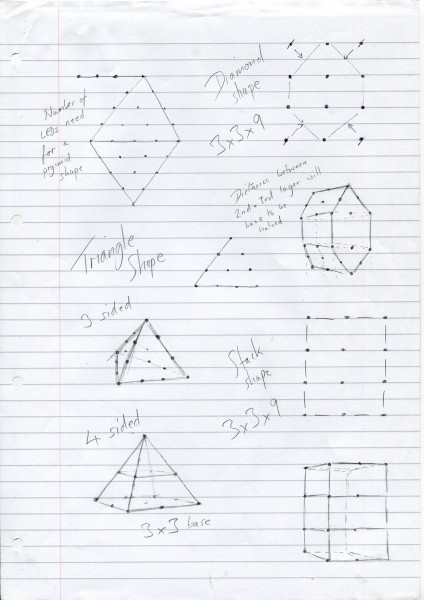 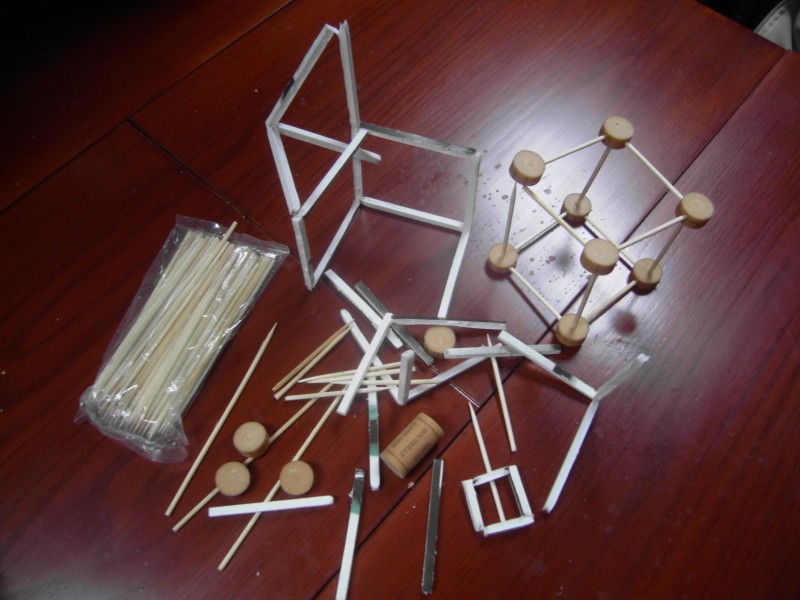 Originally, my classmate had created a Arduino program to send the manually entered data to the Arduino itself. Later, I managed to create a RSS feed reader in Processing, based off the Actionscript used for the Adobe Flash earthquake visual we put together.

So with the use of a laser-cutter to create the base and all the LEDs wired up to the Arduino board, we finialised our LED cube. 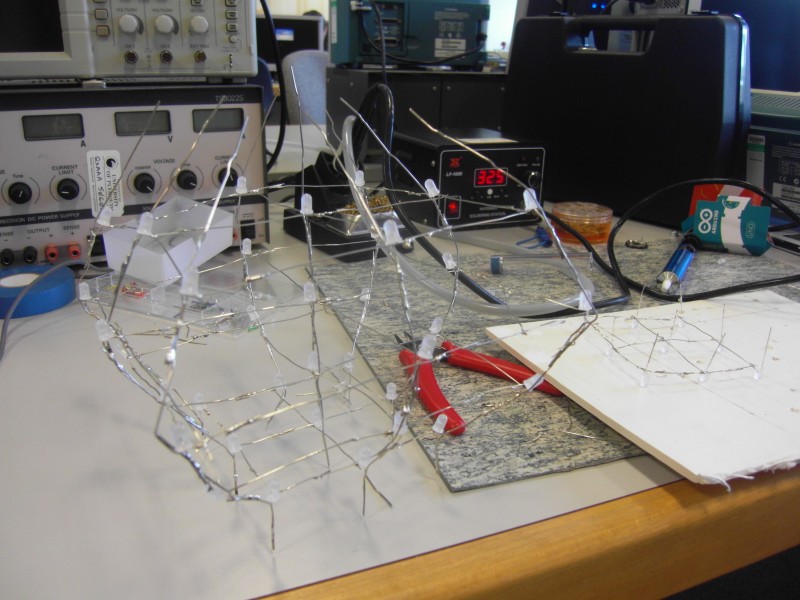 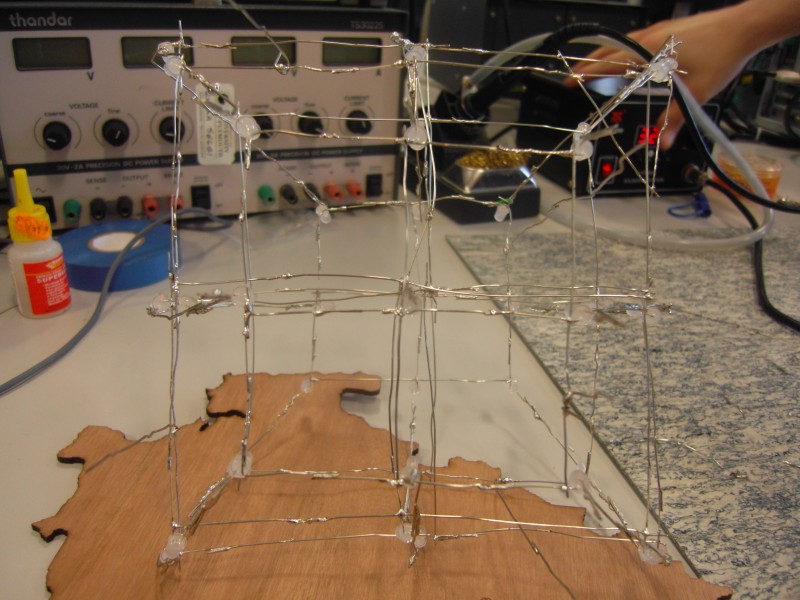 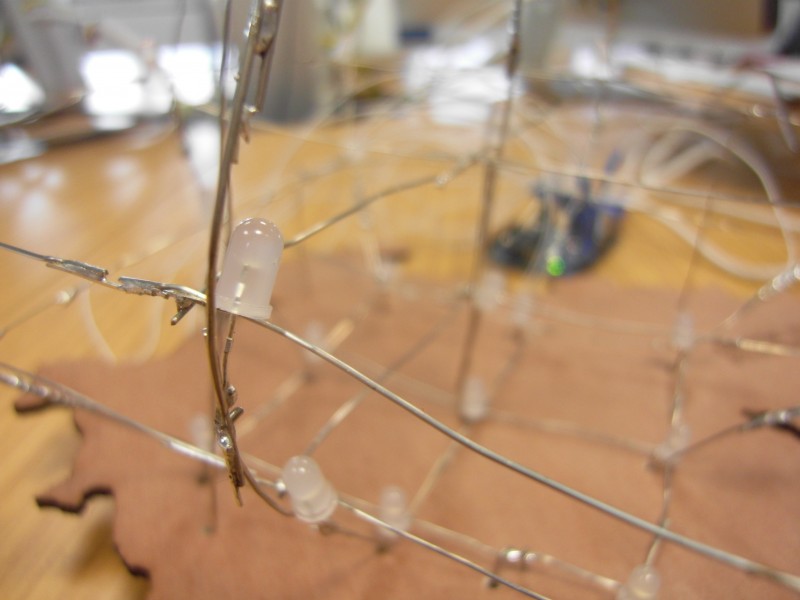 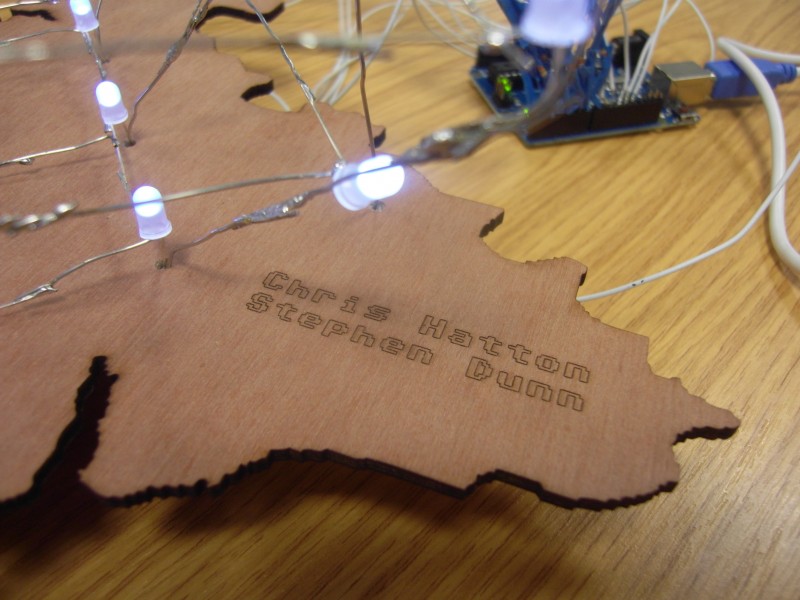 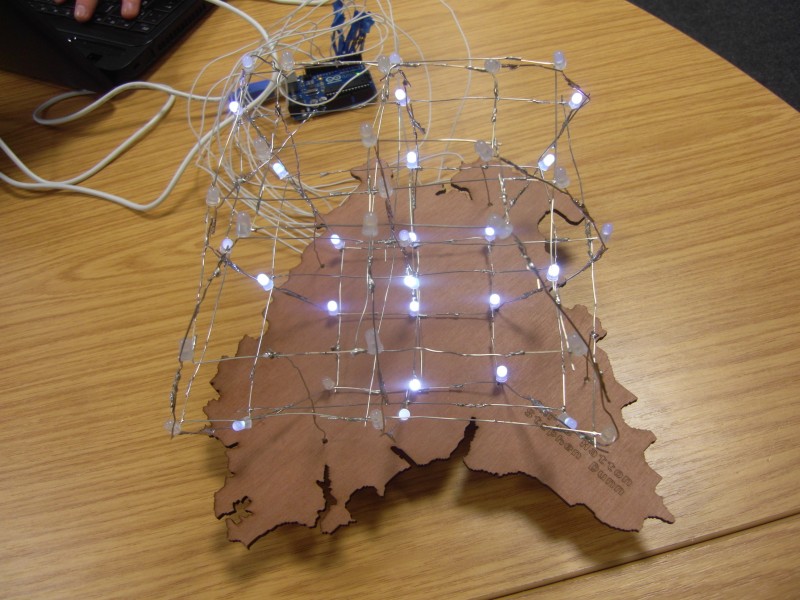 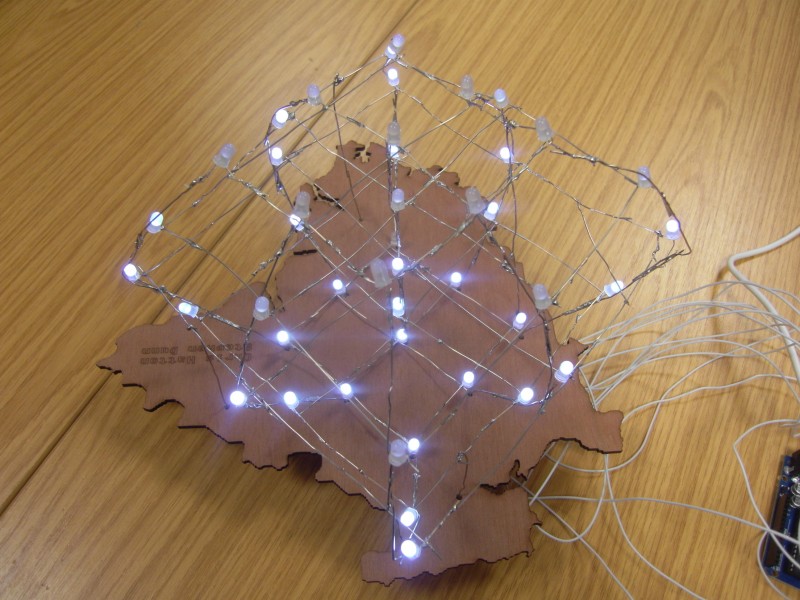